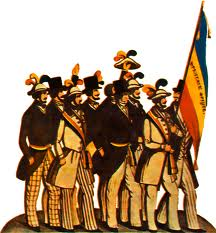 Let's have this story told!

Kai Frithjof Brand-Jacobsen has a message for us all:

There has been Brussels, Lahore, Baghdad, Mosul...but there's also Nineveh
We've all seen the terrible violence in Brussels this last week. Many of us have also seen the violence in Mosul, Baghdad and Lahore. Right now I'm in a city called Duhok, in KRG - Iraq. It's a few kilometres from Nineveh - somewhere that has come to mean a lot to me. Over the past several months I've been working with people from Nineveh - people who are Muslim, Yezidi, Christian, Turkmen and more, men and women, young and old, tribal leaders, Presidents, youth, mayors, activists, journalists, survivors. Almost all of them have been displaced from the fighting and war here - the violence many of you think of connected to 'ISIS' / Daesh. 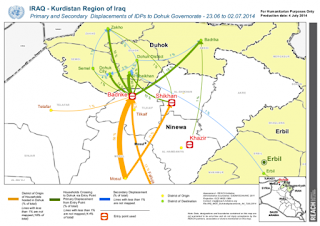 And these people that I have come to know, to admire, to respect, to love...are amazing. They are women who have been raped and survived or driven from their homes or had family members they love killed...and with their courage have created a Women's Peace Alliance uniting women from all communities, working together for peace. They are young people who have seen genocide and killing and, again, been driven from their homes and had people they love killed...and have chosen to go into refugee camps and help survivors, to hold trauma recovery processes, to create themselves a youth peace centre, to take brooms and buckets and go back into their villages and towns destroyed by war and...clean up. They are President Bashar Kiki of the Nineveh Provincial Council who has become passionately involved and worked to create a Peace Council for Nineveh bringing tribal and religious leaders together - together(!) to work for peace instead of war. They are my brothers, my sisters, my family. They are courage, humanity, in the face of loss and suffering and pain few of us could even image in our worst nightmares, and instead of promoting more hatred or anger or violence, they are doing something incredibly brave, incredibly heroic, incredibly simple: they are coming together working for peace.
This week, this Wednesday and Thursday, there will be a Nineveh International Forum for Peace. More than 200 survivors, grassroots activists, NGOs, tribal leaders, religious leaders, community members, men, women, mayors, government officials, the UN, journalists, and every national and international organisation working in Nineveh will come together. They will look at the role and leadership of women working for peace. They will look at how youth are choosing not to join militias or fight but to help heal, overcome sectarianism and hatred, and build a future beyond war and violence. They will look at how we can deal with trauma healing, recovery and reconciliation, civilian protection, introduce peace education into schools, create local peace committees, build the Nineveh Peace Council...and in the midst of all the violence and war we are seeing, in Nineveh, in the world...they will work to help us find a path towards peace. Them. The people who have been most affected. They are the ones doing this.
And what I'm asking from you..my friend, my family, my colleague, someone who knows me and has linked to me here, is this: please help us tell this story to the world. Please blog about it. Comment about it. If you know someone who is a journalist - if you're married to them, friends with them, if you are one, if you know someone who knows someone - whether it's for a local paper, a radio station, CNN, BBC, Al Jazeera, CCTV, the Guardian, or any, any, any other, reach out to them, talk to them about this, help them know, realise, understand how incredibly important this is. If you wonder what can be done to stop terrorism, to stop war, to stop what we've seen happening in Belgium, Pakistan, Iraq, Syria, France, Turkey - this is it. This is an important and major part of it. This is people - practically, concretely - building peace.
And their story needs to be told.
And all of us need to know, there is a reason to hope - not just because it matters to, not just because we want to, but as a result of our choices and actions.
I'm asking you, I need your help: please help us get this story told.
Publicat de Hari la 08:09 Niciun comentariu: